Whatever happened to just eating healthy?

It’s well known that I am not a fan of western medicine. It’s kind of backwards to me. Wouldn’t it make more sense to do preventive maintenance on our bodies and try to thwart sickness before it happens rather than wait until it’s too late?

Sometimes I think most people and  care more about their cars than their bodies! I’m all about treating the body with healthy food, herbs, spices, staying nourished and reducing your oxidative stress.

Oxidative stress is within everyone’s body, well all mammals, anyway. It is the “rusting” of your system as you age. As we age, the body creates free radicals, those are the bad boys in your cells that cause disease and oxidation.  It’s called aging. 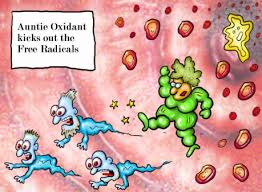 Antioxidants are supposed to fight these bad boys and make them go away. Unfortunately, scientists have found that it is impossible to get enough of these antioxidants through diet alone to get rid of the radicals which seem to be able to dominate your cells.

Scientists at theUniversity of Colorado have discovered, after over 40 years of research that if you turn on the Nrf2 pathway in your cells, the Nrf2 pathway will, astonishingly quickly kill off the free radicals and reduce your oxidative stress in your cells back to the same as a child. WOW! this is a real thing!

It is called biohacking your body!

What Is The Nrf2 Pathway?
Nrf2, or nuclear factor (erythroid-derived 2)-like 2, is a protein that protects against oxidative damage triggered by inflammation and injury. This protein signals the body to repair itself via the Nrf2 pathway which triggers the expression of antioxidant enzymes and survival genes. However, this pathway is latent until triggered by an 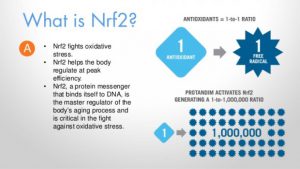 I have found a company that is at the cornerstone of Nutrigenomics, which is the scientific study of the interaction of nutrition and genes, especially with regard to the prevention or treatment of disease. 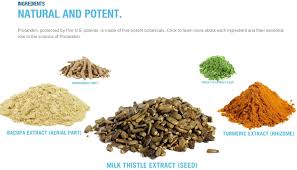 They have composed an Nrf2 activator supplement of 5 natural herbs used throughout thousands of years in eastern medicine which consist of:

When put together, they form this “littleyellowpill” and it has been scientifically proven that within 30 days, this pill will reduce your oxidative stress by 40%! This happens by activating the Nrf2 pathway in your cells and killing off the free radicals.

Check out more about oxidative stress studies and Nrf2.  The most phenomenal breakthrough in science in recent years!

Drinking healthy teas from scratch using fresh roots, herbs, and spices is so healthy and good for you. This potent Turmeric Tea is simply three very powerful healthy foods –turmeric, ginger, and black pepper, concentrated into a beverage. You can also use it a soup base and add concentrated chicken stock for a quick broth to turn into the healthiest soup ever!

So what does this really have to do with World of Flavors?

Besides the amazing way that this “littleyellowpill” activates your Nrf2 pathway to clean your cells, you can also enhance the antioxidant effects with this yummy, herbal, caffeine free tea: 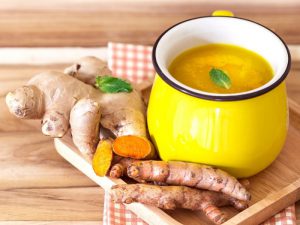 Turmeric contains curcumin which activates the Nrf2 pathway. This powerful genetic pathway turns on over 200 genes, many of which are related to detoxification and cellular repair, and key in reducing inflammation. Ginger, high in antioxidants and replete with anti-inflammatory properties, does the same. This tea also contains black pepper which makes the curcumin in the turmeric far more bio-available. (Check out my post on Black Pepper) I love using food as medicine and this is a great example of how good health can taste!

Instructions:
Add water to a saucepan
Add turmeric, ginger, and black pepper
Bring to a boil, then simmer for 5 minutes, turn off heat and let steep for a stronger brew. The stronger you make it, the more medicinal it will be!
Pour through a fine mesh strainer into mugs, you may need to reheat it if you let it steep for a long time. Add honey to balance the spiciness. Also delicious served as iced tea.

If you feel a cold or a cough coming on, sip it it as hot tea. This allows the turmeric and ginger to clear your sinuses at the same time it gets into your digestive system. Both of these methods of absorption provide a boost to the immune system.

Make a double batch of Turmeric Tea and store it in glass jars in the fridge. It stays fresh for 2-3 days.