Corn holds a large part in the history of Jamaican food. The Taino people had green thumbs and agriculture was one of the things they were really good at. So it makes sense that this porridge would be eaten across the island. It’s filling, nourishing, and is loved by young and old alike. Corn porridge is usually served for breakfast, but really can be eaten any time you crave something warm, spicy and creamy.

This porridge has all my favorite spices of fall, cinnamon, nutmeg, (which are traditional) but I always have to Spice it MY way and I add allspice too! 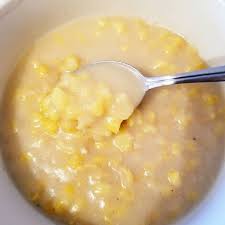