This is my mother’s recipe for German Potato Salad. She used to make this all the time when she had leftover boiled potatoes. I’ve included instructions for cooking the potatoes, but if you want a short cut, just use leftovers. You’ll be able to make it in no time.

This goes really good as a side with roast chicken or sausage. We always had this year round, mostly in the winter. I don’t think of this as a summer salad at all, but you can certainly serve this at a barbecue and I don’t think anyone will complain! The best thing is the ingredients are common pantry ingredients that most everyone has all the time. 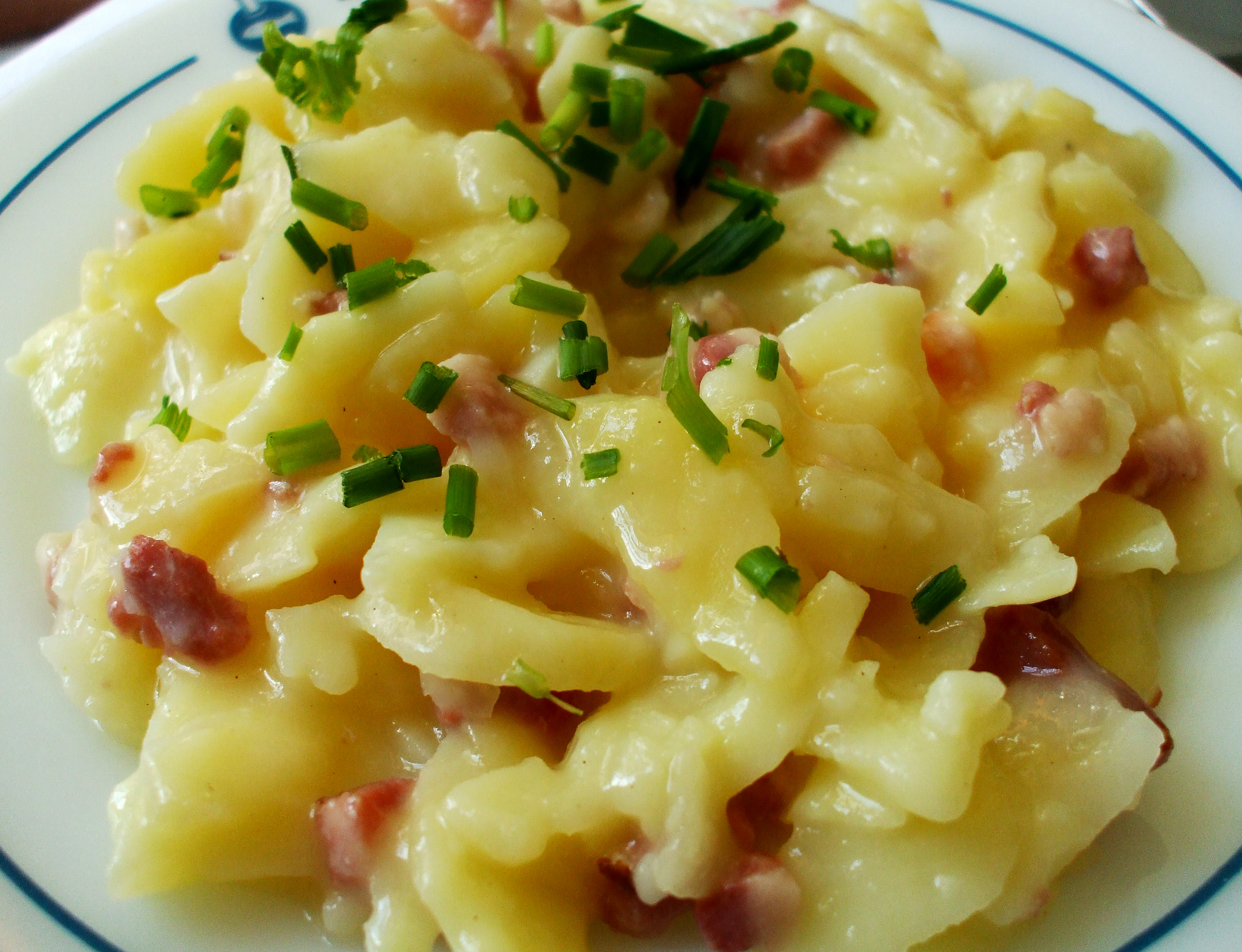