What Is Black Pepper?

Black pepper, the most popular spice of all, is the fruit of the plant from the Piperaceae family and is used as both, a spice and medicine.  Its spiciness is due to the chemical piperine, not to be confused with the capsaicin which is the heat element in chili peppers. It is used widely in the modern world as a seasoning and is usually paired with salt. The chemical piperine, present in black pepper, causes you to sneeze.

Pepper is Good for You

When dried, this  spice is referred to as a peppercorn. Because of its antibacterial properties, pepper is used to preserve food. Black pepper is also a very good anti-inflammatory agent, aids in weight loss, and treats sinus, asthma, and nasal congestion. It also reduces the risk of cancer, and heart and liver ailments.

Potassium helps improve your stomach’s ability to digest foods and promotes intestinal health. Also, consuming black pepper can  discourage gas to form in the intestine, and as a bonus, the outer layer of the peppercorn aids in the break-down of fat cells.

Who would have known that the spice you use numerous times a day is so good for  you!

Where Does This Awesome Spice Come From? 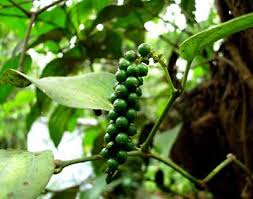 Peppercorns are actually a tiny fruit, called a drupe, of a flowering vine known as piper nigrum, grown in tropical regions, native to the Indian subcontinent and in Southeast Asia.

Pepper and salt go hand in hand, but unlike salt, which can be found anywhere in the world, black pepper was indigenous to Kerala, India. Currently though, Vietnam is the world’s largest producer and exporter of pepper, producing 34% of the world’s Piper nigrum crop as of 2013.

Black pepper is the world’s most traded spice and is one of the most common spices added to cuisines around the world.

References to pepper appear in Greek and Roman texts, suggesting an ancient trade between India and the West. As early as 1000 B.C., traders from southern Arabia controlled the spice trade and pepper routes, enjoying a huge monopoly over an increasingly profitable business. 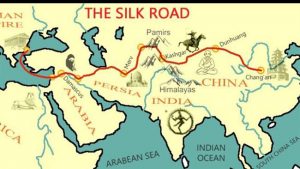 By medieval times, the Silk Road was established as the most well-known trade route for spices stretching over 4,000 miles. Italian traders set such a high price for pepper that this led to a luxury status for pepper in Europe.

The Europeans got tired of paying the high prices for pepper which led to the age of  Christopher Columbus, Vasco de Gama, Sir Francis Drake and other explorers.

As more trade routes were established, the price of pepper went down as it became more available.  Regional cuisines began using pepper in their foods with their native spices and herbs. This resulted in typical spice blends such as Garam Masala in India, Ras el Hanout in Morocco, Quatre épices in France and  Jerk blends in Jamaica.

The qualities of pepper are so impressive, I just have to say a little more on how good it is for you!

Pepper has an Antioxidant Potential

Antioxidants in pepper can prevent or repair the damage caused by the free radicals and thus help prevent cancer, cardiovascular diseases, and liver problems. Free radicals are the by-products of cellular metabolism that attack healthy cells and cause their DNA to mutate into cancerous cells. Antioxidants neutralize these harmful compounds and protect your system from many conditions and even symptoms of premature aging.

Bioavailability is the proportion of a drug or other substance which, when introduced into the body, increases the body’s ability to have a more active effect. In other words, it helps your body to absorb the compounds from other substances that you ingest for good health. For example, turmeric is a huge anti-inflammatory and to  make it work better for your body, add some black pepper to whatever you are using it in. I put turmeric in my oatmeal and always add a couple grinds of black pepper too! Add in cinnamon, ginger, and a spoonful of chia seeds or almonds, and you have a super food breakfast! I sweeten mine with pure Monk Fruit, it’s low glycemic natural sweetener and loaded with antioxidants. Just make sure you buy pure Monk Fruit, sometimes Xylitol or other sweeteners are added. 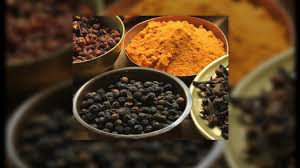 Grind your own pepper! Purchase a pepper mill, there are many different types to enhance any culinary vision. The taste is so much more remarkable and you have all the essential oils fresh and available for your body to use.

One very popular recipe, Jamaican Jerk Chicken uses a lot of black pepper. You can make a dry rub Jerk style, or a marinade. 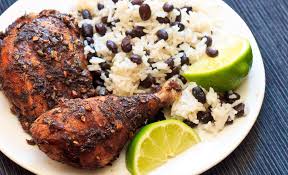 Here is a simple, delicious, easy, quick recipe to try. Can’t get better than that!

Fill a large saucepan with water, add 1 tbsp salt and bring to a boil. Add the pasta and bring back to boil. Cook according to package directions until al dente.

When butter is melted, add the pasta, pepper and half the pecorino.

Toss the pasta for 1 – 2 minutes until the pasta is coated with the sauce and cheese is melted. You should have a fairly smooth sauce. If it’s too dry, add more cooking water.

If this gets your taste buds going, check out my Jamaican Jerk Chicken Recipe for more pepper uses along with many other super food spices!

I hope you enjoyed learning all about Black Pepper, The Most Popular Spice of All! If you try my recipes, I’d like to hear what you think of them. Come back often for more on other popular spices and herbs.

Please leave a comment, I look forward to hearing what you like and don’t like about my site. If you have any ideas or recipes you would like me to include, please let me know. Any review will help me to bring you more of what you are interested in. I aim to please!

Thank you and happy cooking!