I had so much fun going through Europe, Asia and Africa!

In researching the spice route and learning about how the spices traveled around the world, I have a greater appreciation for what they are. Now for my Next Big Thing, we are going to travel around the Caribbean. I love the Caribbean islands. They are hot, beautiful and for the most part, just plain awesome!

They have great food, warm water, and use loads of spices in their cuisine. Each island has it’s own style of cooking and use of spices, and that is what we will explore in the chapters ahead.

Unfortunately, I had to cancel my latest trip to Grenada because of the pandemic, and I am so sad about it. I was so looking forward to that trip! It was going to be a research trip for my husband and myself, as I had planned to get loads of information from all the spice growers on the island. Grenada is the spice island of the Caribbean, they even have nutmeg on their flag. How cool is that? I really wanted to spend some time at the spice groves with the owner’s and learn all that I could and take awesome pictures, all of which, I’m going to have to put on hold until it’s safe to travel comfortably again.

The Caribbean is so blue! 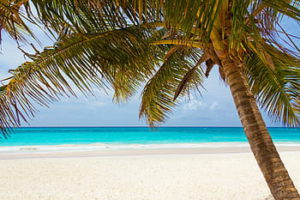 The color of the ocean is just beautiful, and it’s a shame that the ecosystem is getting all messed up with the way we are treating it. I think Mother Nature is pretty upset about how the human race has treated her land, and she’s beginning to revolt. The number and severity of the storms we are getting along with the passive winters is out of control. It’s not like it was when I was a kid. It’s scary, because you never know what nature will bring you and there’s absolutely nothing you can do about it!

They say every little bit helps. 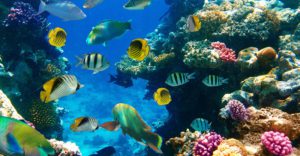 In doing my part to counter balance the ecosystem problems. I have been using more glass containers instead of plastic Tupperware type bowls. I even found an entirely glass to-go coffee mug. Ball jars have everything in them from salad dressings, to  my homemade plant milk, to chia pudding,  to homemade pickles. I’ve also started to make my own crackers, bread, milk, yogurt, pickles, vegan butter and mayo, kombucha, saurkraut, and more, and spices are at the root of all this.

Yes, I have decided to impart on a whole food plant based diet, at least 95% of the time.

I was shooting for 80-20 for the last 6 months, but I’ve decided to go whole plant, and I figure I will have made the transition within the next 2-3 months. I’ve done it before, I was vegan back in the late 90’s and I actually felt really good, and I wasn’t too badly overweight. Now, I can’t say so much for myself, the weight’s on, the body has aches and pains, and arthritis is kicking in in my hands. Being over 60, I guess it’s normal aging, but I don’t want that, I want to live as full of a life as I can, and without drugs and pain.

I bet you’re wondering what the other 5% is.

Well, I haven’t been able to perfect vegan yogurt yet, and my instant pot makes perfect, easy yogurt, so I’ve been make dairy yogurt. I guess, with the probiotics in the yogurt, I’m excusing myself from the fact that it’s not vegan because they’re so good for you. The other thing I haven’t given up yet is our traditional Saturday lunch. Hot pepper cheese burgers on the grill. Yes, full blown, 80% ground beef. Actually, this method, (I won’t call it a recipe because I make it as I go) came about from our time on Turks and Caicos. We started making onion burgers there because we had access to our own kitchen and grill, and it evolved at home to adding hot peppers because we grow about 10 different kinds of chile peppers every summer. We had to use them up somehow! I’ll include how we do it on the Turk and Caicos page. Actually we started stuffing all sorts of things with chiles, we even have a stuffed pork roast that comes out pretty awesome!

I have been trying to decide how I want to travel the Caribbean in this next chapter of my blog, and I’ll be honest, I don’t know where to start. Since I began with the Ancient Spice Route, I am going to embark on this journey of where the spices ended up and what we do with them today. As always, I will include a little interesting history and maybe a few myths and legends also.  I was going to travel in a straight line across the ocean, but there isn’t one, so I’m going to jump around. I’ll start with the islands I know about the best and we’ll go from there! Hope it works, enjoy the ride.

In going along with my plant based diet, I’m going to really step it up and along with authentic caribbean dishes, I will be recreating many of those dishes that usually use meats and dairy products into amazing vegetarian delights! These dishes will be delicious and if you’re a skeptic, you’ll be amazed at how delicious plants can be. You’ll never miss the meat, and you’ll be able to Spice it YOUR Way! I promise. Believe in the power of spices.