Our next stop along the Ancient Spice Route will be Zanzibar. Zanzibar is an island located on the eastern edge of Africa in the Indian Ocean. 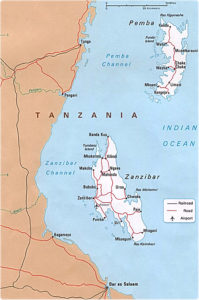 It is situated on the Swahili Coast, adjacent to Tanganyika, or more widely known as mainland Tanzania. Zanzibar has a long history in the Spice Trade route as Vasco De Gama landed here in 1498 when traveling along his route to the east. Thus began the history of spices on this beautiful, tropical island. Nowadays, Zanzibar is visited by tourists for the beautiful beaches, but also it is known for it’s spices. Most prominent are  cloves, nutmeg, cinnamon, and black pepper. Zanzibar is part of an archepelago along with Mafia Island, and  Pemba island which is the world’s leading producer of cloves.

Archaeologists have been digging on these islands for a long time. Artifacts have been found that go back 20,000 years. That’s the beginning of the Late Stone Age!

The Portuguese were the first European power to rule Zanzibar and did so until control fell to the Sultanate of Oman. They controlled Zanzibar until 1856 when the Omani Sultanate died, and the people of Zanzibar took control, appointed their own Sultanate, and still have their own government to this day. They are an “offspring” to Tanzania, and have political interests there. 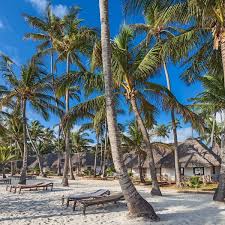 Interesting though, this is how the islands came to be known so famously for their spices. The climate was perfect for growing spices, and the location was perfect for the spice trade route. Plantations were built to house the people who worked them.

These beautiful islands are referred to as the Spice Islands.

Not the islands you first think of, but, they have many similarities to the Moluku Islands, or Spice Islands, of Indonesia who had developed under many Dutch influences. I guess we could call them the Spice Islands of Africa!

Of course, there are many more smaller islands along the archipelago, but these three are the most prominent. Each island has it’s own geography, Pemba is known as the “Green Island” and is more fertile than it’s sister, Zanzibar. Mafia Island stands apart from Zanzibar in that it is governed from the mainland, and is known for it’s fishing industry. The island is popular for scuba divers and fishing tours.

The islands of Zanzibar have only recently become popular among tourists and scientists.

Zanzibar is the home of the  Zanzibar Red Colobus monkey, the Zanzibar Servaline Genet, and the extinct or rare Zanzibar Leopard. The Zanzibar Leopard is thought to be extinct, but the producers from “Animal Planet” may have caught a sighting of one on camera. Further investigation is under way.

These species can only be found on these islands. It is believed that they have evolved from other species of monkey and leopards since the end of the Ice Age when the islands separated from the mainland due to rising sea levels.It wasn’t until the last 20-30 years, that ecologists have found evidence that these species still exist, and many programs are being put in place to regenerate these species on the islands. Much of the land was cleared to plant spices, and doing so, rendered many species of wildlife nearly extinct. The Tanzanian Wildlife Act was implemented to govern the flora and fauna of Zanzibar.

In the 16th and 17th centuries, the spice islands really started to become famous.

Due to their location and the strong winds that blow over the Indian Ocean, this made it practical for tradesmen to stop here on their way from India to Europe to trade their goods. The Portuguese set up plantations hoping to dominate the islands so they could control all of the spice trade through eastern Africa. The Omani Arabs wouldn’t have any of it, and gained control. The Sultan of Oman realized the full potential of the sun and rainfall, and decreed that everyone plant spice trees, particularly clove, on their property. For every coconut tree planted, two clove trees had to be planted also!

Today, the cuisine of Zanzibar is different from any other.

Because the climate is so warm, spices grow in abundance. Also, due to the climate, many exotic fruits and vegetables grow here too. Spices flavor everything from, breakfast foods to main dishes, to desserts. Cloves, turmeric, ginger, cinnamon, chilies, nutmeg, black pepper, and vanilla grow prolifically in Zanzibar. Exotic fruits which make up the cuisine also are, mangoes, coconut, lychees, papaya, cocoa beans, bananas, jackfruit and the stinky durian fruit. 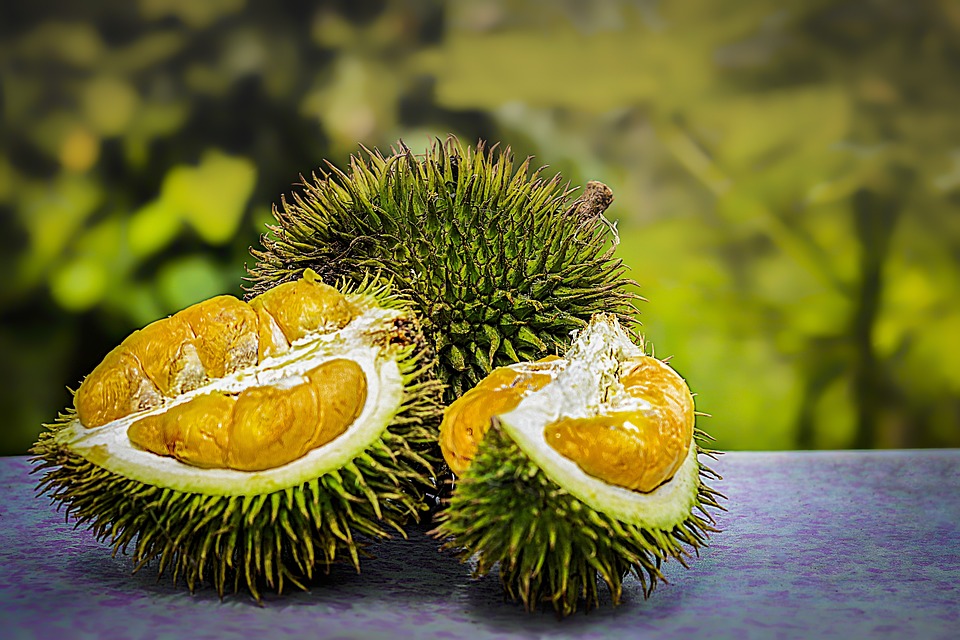 I had durian fruit in a smoothie in Hawaii, and it was really good! I never got to smell the fruit itself, I understand it is really disgusting, it’s outlawed in the cities of India. But I kind of wish I was able to get a whiff, just to say I did! I was recently in an Asian market and they had whole durian for sale. The store had some kind of sign stating that you had to get an employee to help you in purchasing the fruit or some such thing. I kind of wish I had bought it. They also had whole jack fruit, they were so big, I didn’t buy one because I don’t have the room to store it in my house. They must have weighed 20 pounds!

Zanzibar cuisine is a fusion of the countries in which the spices originally came from.

They are full of flavor and make use of seafood, and local meats. A rice pilau, similar to Indian biryanis, with lots of spices is a common dish, as well as dishes influenced from the Middle East such as kebabs and fruit filled pastries. 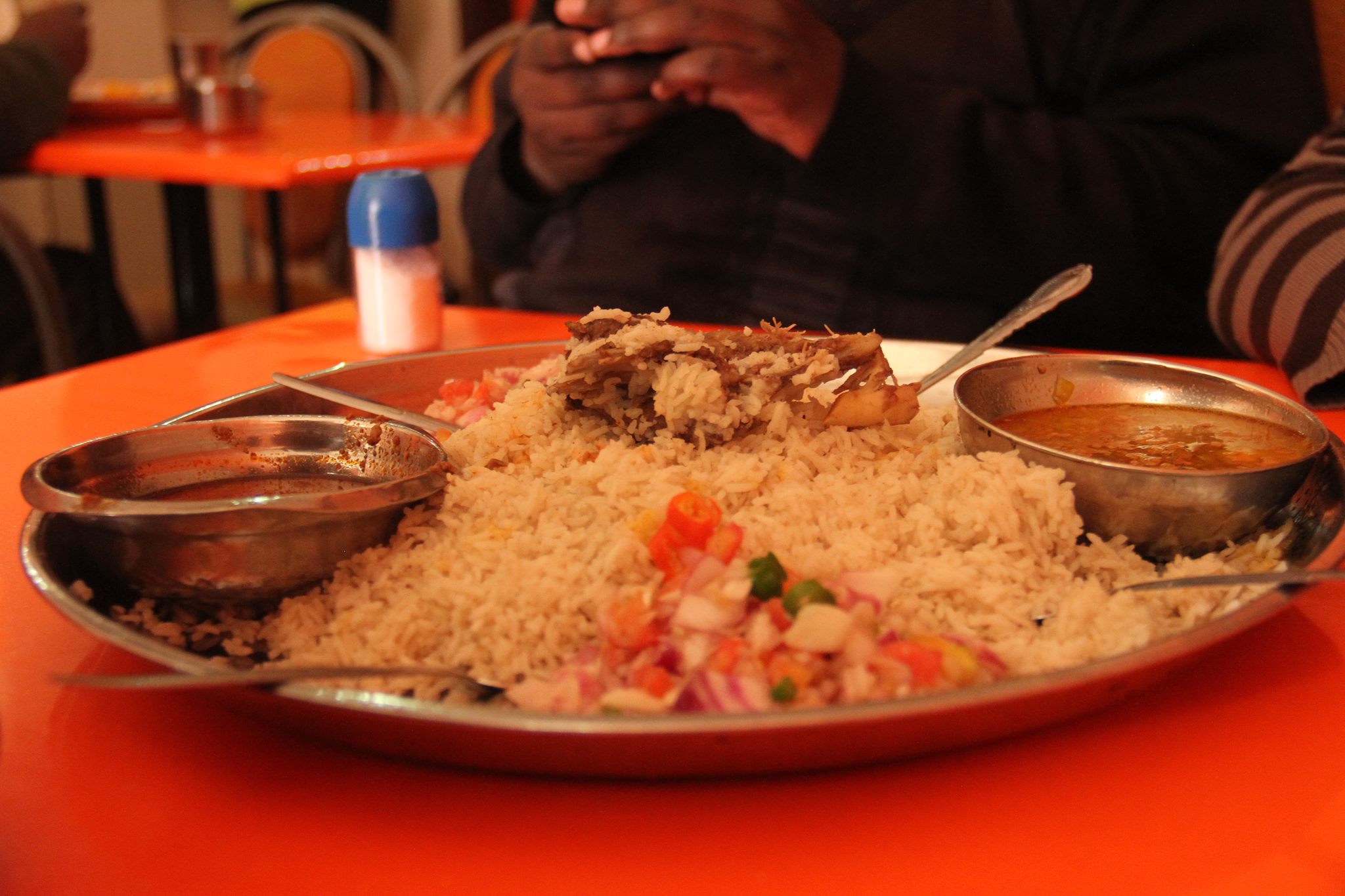 The food of Zanzibar is truly their own.

In keeping with my theme, Make It Your Way, I constructed a recipe for Zanzibar Curry Powder that is so delicious! I have not visited Zanzibar yet, but through trial and error, I made a really yummy mix, and it really does make dishes taste exotic. 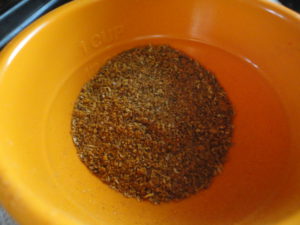 Use the Curry Powder in a Pilau rice dish, similar to Indian biryani, and a Coconut Bean Soup, 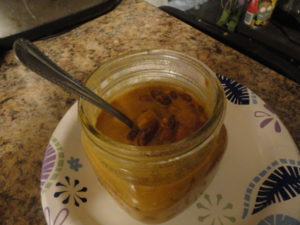 which I think is reminiscent of  Thai Tom Yum soup. It’s creamy and spicy, and will warm you up. 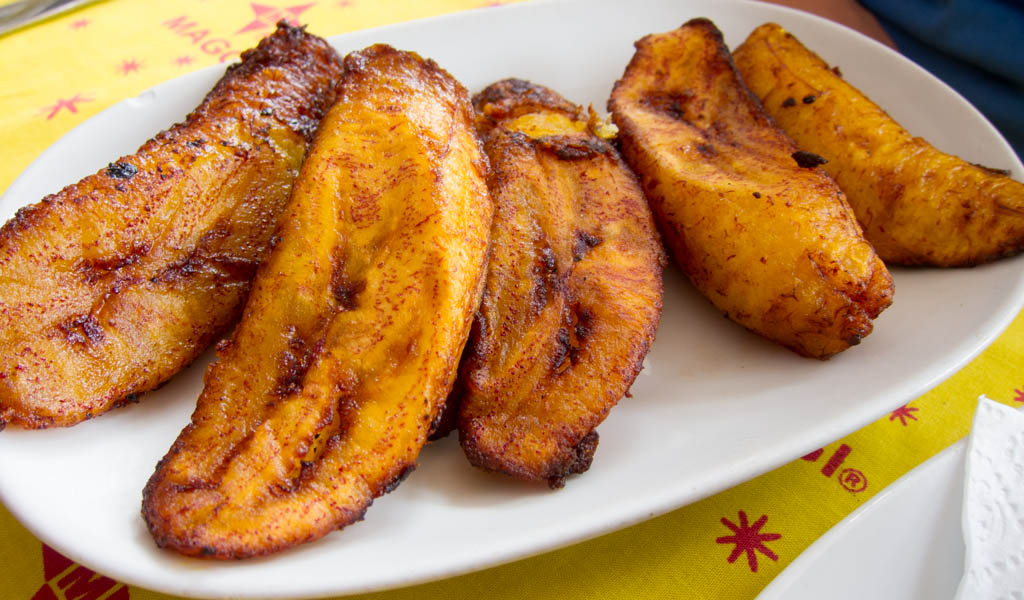 Fried Plantains make an awesome side dish for a barbecue, or to have at breakfast. We sprinkled it liberally on chicken wings, I added some salt) and grilled them till crispy and tender. They were delicious. We dunked them in spicy ranch dressing to round out the spices. I just mixed the dressing with a couple squirts of sriracha sauce. Any hot sauce will do, my other personal favorite is Frank’s Hot Sauce.

This is my last stop in Africa for our Spice Trade Chronicles. Next destination, across the Indian Ocean to the east!