As we travel though Africa, our next stop will be Morocco.

Morocco is hot, the food is tantalizingly delicious, the colors are exotic. I love the way they cooks have been able to develop spice blends mixing hot, sweet and savory to make your taste buds sing! This is one of my favorite world cuisines. 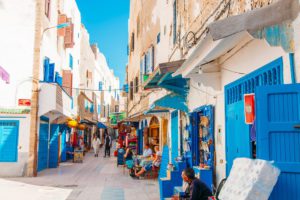 As the maritime trade routes expanded around the world, explorers like Megellan, Vasco de Gama and Christopher Columbus made their way to Morocco. As spices became more popular, explorers had to become really careful of their safety because spices became worth more than gold. Heavily guarded Portuguese and Spanish ports were established along the Moroccan coast as this was a direct route between Asia and Europe. These ports had security measures set up to keep merchants and buyers in check. it’s not a wonder that today the world spice market is worth over $4 billion!

Morocco has now become a major transporter of spices, and it seems natural that some of the world’s most well known spice blends originate here in Morocco.

Ras el Hanout is probably the most popular spice blend and has as many recipes as cooks that use it. It is hailed as the top of the line spice because cooks use the best spices to make it. Not only used as a recipe ingredient, it can simply be sprinkled on chicken or fish before grilling or roasting. Just try it and you’ll see why it is the secret spice of the world! You can find a simple recipe to make it your own, or you can buy it already made here.

Moroccan cuisine uses fresh spices in all the dishes and the freshly ground spices can be seen in beautiful colored mounds in the souks, (Moroccan markets) all over the country. 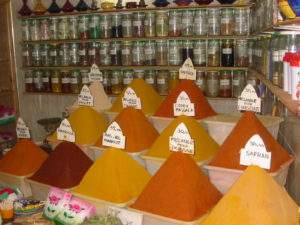 All spices have distinctive smells and the markets are popular places to gather.

If you go to Morocco, you’ll more than likely spend lots of time in the Souks. Everything is so colorful, spices are used as dyes for fabric also.

There was no refrigeration and as in most ancient cuisines, most food was preserved by salting or drying. Adding spices to food became popular in the middle ages to add flavor to their preserved food. Most common spices used in Moroccan cuisine are: black pepper, cinnamon, cumin, coriander, paprika, turmeric, saffron, white pepper, red chili, cloves, ginger, hot red peppers, and sesame.

Saffron, the most expensive spice in the world.

It is now grown widely in Morocco where it was originally introduced from Greece. The climates are both hot and dry, making for perfect growing conditions for this important ingredient. Saffron is harvested by removing the single stamen of the saffron crocus flower. it takes about 150.000 flowers to produce one kilo of spice!

Moroccan Chicken Tagine with preserved lemons and olives is a classic North African dish, it is very stew-like and usually served with couscous. 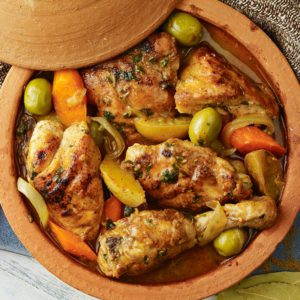 is also the name of the clay cooking vessel in which the dish is cooked and served. It consists of a shallow bowl with a removable cone-shaped lid allowing the steam to recirculate and also vent at the top. It is believed that ceramics were introduced in Morocco by the Romans around 146 B.C.

Making the couscous is a celebration, as it is more a process than a recipe.

It involves rubbing the couscous with seasoned water over a steamer, and then steaming it for about 20 minutes. It makes me think of the Green Tea ceremony in Japan. There’s a history to it and it’s revered by all Moroccans. Personally, I’m happy pouring boiling water over the couscous in a bowl, and letting it sit while I prepare the rest of the meal.
Of course, it’s really cool to make the stew in a real ceramic tagine, but you can also make it right on the stove or in the oven in a Dutch Oven or slow cooker. Besides the fact that the cone shape allows steam to escape, it’s pretty much used for presentation anyway. But if you are having a dinner party, you most definitely would want to impress your guests with an authentic tagine.
Lamb is a popular protein used in Moroccan cooking and of course, you have to serve it with couscous. Lamb tagine is warm and spicy and slightly sweet with the addition of dried fruit. Dishes like this one are probably the reason tourists are fascinated with Morocco! 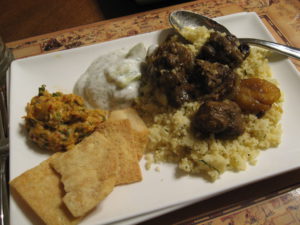 Most all cooking in Morocco relies on spices, even desserts.

The Moroccans really have a knack for bringing out the flavors in so many dishes. It’s not a wonder that Moroccan restaurants are opening all over the United States and Europe.

It’s not difficult to recreate these flavors in your own kitchen. Spend some time trying new spices and blends and you’ll be surprised how easy it is! Once spices are ground, they lose their taste and fragrance rather quickly. Because of this, it’s always a good idea to buy whole spices, and toast and grind them yourself in small batches. It takes a little time, but it is so worth it! You can probably find the whole spices in the ethnic sections of your supermarket. 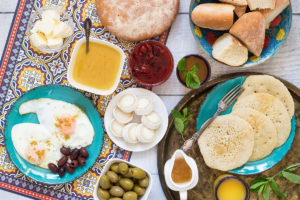 Moroccan breakfasts use a more mellow spice mix, but they are still there! You might find a chef serving Moroccan pancakes and Moroccan mint tea with sides of goat cheese, and Moroccan marinated olives. What a wonderful way to start your day! 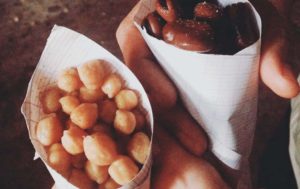 Hammas Kamoun, a popular Moroccan street food, is nothing more than chick peas, cumin and salt! Simple, but delicious.

Desserts are special and usually contain honey and fruit. Tea is the drink of choice in Morocco. Moroccan Mint  Tea is a popular beverage with snacks and meals. Orange cake is a simple, quick cake you can make ahead and serve to your guests. Makes a great lunchbox treat too!

Spices are used for everything, besides being essential for tagines and other dishes. They are used in dyes, medicine, ointments, incense and preserving. Spices bring life to otherwise uninteresting dishes. 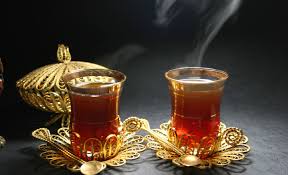 Try some Moroccan dishes for yourself why everyone thinks this is the most exciting cuisine!