The native Indians have been using Vindaloo Curry Powder to flavor their dishes, and it also acts as somewhat of a preservative for their meats due to their hot climate.  The name, Vindaloo came about from Portuguese settlers adapting their favorite dish, Adobo, while they had possession of India. The Portuguese translation is known as Carne de Vinha d’ Alhos. Thus, Vindaloo!

The name came about from the Portuguese and Spanish, but Adobo is actually a dish originating from many countries, including the Caribbean and Mexico. When the Spanish invaded the islands of India and the Philippines, they were reminded of their dish, which they called Adobo, because it also contained wine, vinegar and salt.

Simply put, in all variations, be it European, South American, or Caribbean, adobo was created to preserve  meat in warmer months which is where the basic flavorings of salt, vinegar, wine and paprika come from. Paprika has antibacterial properties. Also, the capsaicin in paprika allows the fats to dissolve in the meat. Where Adobo is made with red wine and paprika, this spice mix was created to use the many spices at hand, and vinegar was substituted for the wine, hot peppers for the paprika. The cooking methods didn’t change that much. 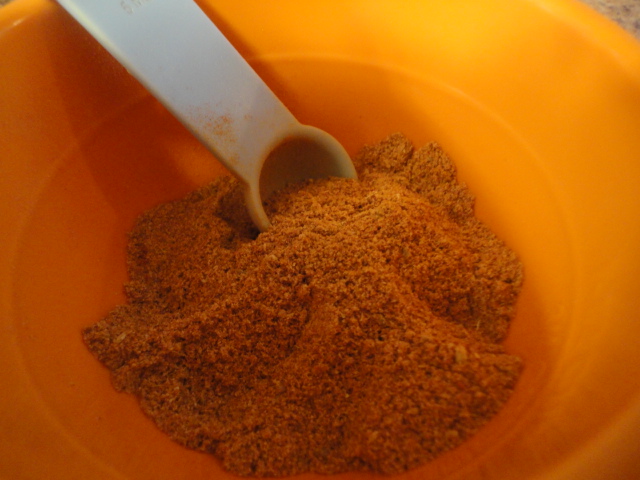 I've used cayenne pepper here as it's widely available. If you have other types of hot pepper powders, feel free to substitute them and create your own heat. Spice it YOUR Way! Some substitutions can be Chipotle,, Jalapeno,  Ancho, or Ghost Pepper Powder, but Kashmiri Pepper Powder is the most authentic, yet hard to find.
Keyword Cardamom, Cinnamon, coriander, cumin, garlic, Mustard Powder, Turmeric, vegan, vegetarian, Vindaloo