If we didn’t support the trade between countries across Asia, into Africa and on to Europe, no telling what the world 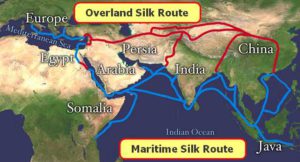 might be like today! Italy played a huge part in this whole system, as the Romans ruled most of Europe, or thought they did anyway. The Roman Empire was one of the main spice trading country’s in Europe. A lot of the ports along the Mediterranean and Atlantic ocean belonging to Italy were the stops for most traders heading into Europe from Asia. Before spices were introduced to Europe, the most commonly known spices used were salt and sugar. Talk about bland and boring! These spices weren’t used for flavor as much as for preserving food since there was no refrigeration. Just think how excited people much have been when spices came off those ships. I get excited just opening a new jar of spice in my kitchen!

Due to the value of spices, people were able to leverage their worth in many ways.

The origins, methods of transportation, the prices are all unknown, yet spice was such a huge commodity that people 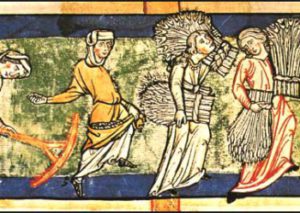 started taking advantage of their worth. As prices went up due to taxes and just general demand, it became necessary to explore and open new trade routes. By doing this, the prices became more affordable for everyone and also cultural differences and recipes became apparent, thus, creating many of the cuisines we know today.

The Italians are great cooks, so no wonder they love spices! Because spices were used in medicine. food and religion, this drove the price and need up even higher. In Italy,  besides cooking and medicine, spices were used in wine, and scented balms and oils used at the famous hot baths. “Doctors” started to use them in poultices and plasters for topical healing. Writings go back to Medieval and Renaissance times describing many uses of cinnamon, ginger, nutmeg, and pepper.

Spices were in high demand which led to the beginning of globalization and brought the world together. Of all of the commodities which inspired exploration since Medieval times, spices are still the one product still holding their place in the world!

So how were spices valued?

Spices became a luxury item, in that they tasted really good, and they had medicinal properties. Spices were a sign of wealth as the costs rose and only those in a higher social status could afford them. 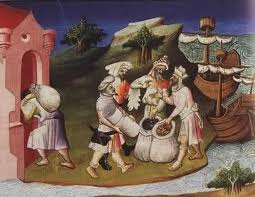 So to protect their stocks, they came up with many legends to keep people away. The Chinese told stories about spices having evil powers and could cause illness by touching or smelling them. What a great way to keep people away, especially since the aroma is what makes spices so enticing! Since the Chinese have known for many centuries about the healing properties of spices, this was a great way to keep their secrets secure. Diet and medicine have long been the way many illness were treated in the Far East.

Some tradesmen used these stories to drive up the prices also.

It was easy to do back then, as most Europeans held the Far East as being somewhat mysterious and having some kind of magical aura, so myths and legends abound. People had to protect their investments also because the cost was so high.

The  Arabian nations had the Spice Road monopolized, and spread many stories about terrible monsters that hid in the East and guarded the spice stores. Dragons and Djinns scared away most people. People were gullible to these stories because they didn’t know where the spices came from, so right there, they were mysterious! Due to the cost, Saffron and Pepper became status symbols in Europe’s elite.

Stories were told about pepper trees guarded by serpents whose bite would poison anyone who tried to pick them. The trees had to be burned to harvest the peppercorns. This is why the color and appearance of the peppercorns are black and shriveled! Cinnamon legend was even better. This required that the cinnamon be harvested from nests of fantastical birds, called a Cinnamologus,

built on the side of steep cliffs. They thought the nests were made of cinnamon sticks and driving the birds away  was the only way that it could be harvested.

These legends only added to their mystique and justified their expense. Even the legend of Sinbad the Sailor came about from the travels through Baghdad of the explorers who passed through ancient middle east. The tales of Sinbad mirror many of the routes and explorations of the spice route.

So much rich history and lore of the spice trade is written through medieval and renaissance literature, art, economic records, maps, and of course, recipes!

Since Italy was the crossroads between Asia and Europe, the Italians used the spices and herbs with so much creativity! We all love pasta, and delicious soups and salads, all made with Italian love. The Italians have always known that the best way to cook is  with simple, fresh ingredients, and spices only made that better!

The Italians have always known that simple is best and many recipes have stuck around for centuries to prove just that!

One use of spice and seafood which was something they could make year round was, Bagna Cauda. 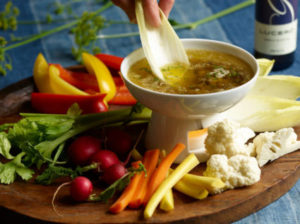 Garlic, olive oil, anchovies, all melted together to make a “hot bath” which passed as an appetizer or a meal. Make this dish, and just imagine that you are lounging next to a steaming hot bath outside in the mountains of Italy.

As the Roman empire grew into the Alps and beyond, pepper and other Eastern spices were introduced. These were added to the spice profiles common to these areas along with onion, caraway, thyme and rosemary. The quest for spices grew faster than that of gold and silver! Spices were the first market in globally traded products then, and they still are prized to this day. No wonder they are so popular!

One very popular Roman dish is Casio de Pepe, or Pepper Pasta, which brings simplicity to the table in a delicious way. I love this dish and I have it when I need comfort food. Have a dish of this, and you’ll be happy for hours!

Meats were usually boiled briefly in water and then roasted, grilled or cooked in a sauce.

From there many dishes evolved into delicious stews and meat pies as we know today. Most popular proteins from that time were mutton, wild game or poultry. It’s peculiar how the hierarchy worked, their main oils used in cooking were animal fats, whereas butter was used by the poorer people. They got the milk from the farm animals instead of the meat, thereby the creation of so many delicious cheeses and desserts. It was in the 15th century that salads were included in  the 1st service of fancy meals.

Thanks to the voyages by Christopher Columbus and Vasco Da Gama, spices traveled from their home lands into all parts of the world.

People used them to flavor their food as well to make preservatives, dyes, medicine, body salves, and more. How did they figure it out? It all started with the Chinese and Indian merchants who had already b 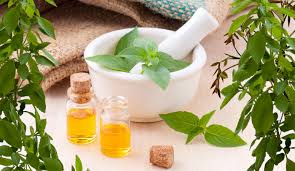 een using them. In the ancient Auyervic tradition, spices were used for their healing properties.

There are over 100 medieval cookbooks today. Many of the recipes call for sugar, cinnamon, saffron and ginger. Cloves and nutmeg are also mentioned. They are usually thought of as dessert spices, but they were used in many meat and fish dishes as well. Cooking methods changed also. As cooks figured out which spices went well together, simply grilling meats turned into refined cooking. This developed new cooking techniques employing cutting the meat in pieces, braising, saucing and molding.
Many new sauce and aspic recipes came from these new techniques and were popularly served at dinner parties. As people developed a taste for stronger flavored food, and the healthy properties became more well known, spices started turning up in other ways.  So much so, that spices are popular in spas as aromatherapies, salts and rubs

due to their detoxifying properties. Used today in cosmetics, shampoos and creams, spices are the catch all of commerce! Billions of dollars are spent on cosmetics, creams, and herbal supplements which all come from herbs and spices!

Stay tuned for the next chapter of Spice Chronicles as we journey through less well known countries in Europe!

I hope you’re enjoying this ride with our ancestors, please leave me a comment. I welcome any suggestions, I’m always trying to keep it fun!
Thanks! Jeanette