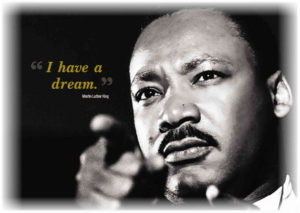 All the holidays during the calendar year seem to have some sort of feast associated with them. Our next holiday coming up, Martin Luther King Jr.’s birthday has been a holiday in the United States since 1986. Let’s treat this day like all other celebrations! Southern cooking has its roots right here in America, its delicious, so why not indulge? You can’t get any more American than that!

What better way to celebrate a holiday than with food? It is certainly a natural one. We share platters of homemade goodies that bring back memories, encourage familiarity with friends and family, and remind you of home.

So we eat barbecue for 4th of July, turkey for Thanksgiving, roast beef for Christmas, and chocolate for Valentine’s Day. These are the symbols we have come to know and love. We expect it. The simple act of sharing a meal in celebration becomes a culture of its own!

Did you know that the only two other famous figures in the U.S. to have national holidays honoring them are George Washington and Christopher Columbus?

A brief history of MLK’s life:

I always like to know why we celebrate a holiday, so here’s a brief history on MLK.

Martin Luther King Jr. (January 15, 1929 – April 4, 1968) was an American Baptist minister and activist who became the most visible spokesperson and leader in the civil rights’ movement from 1954 until his death in 1968. Born in Atlanta, King is best known for advancing civil rights’ through nonviolence and civil disobedience, tactics his Christian beliefs and the nonviolent activism of Mahatma Gandhi helped inspire. 1.Wikipedia

King entered college at the age of 15!

He skipped grades nine and 12 before enrolling in 1944 at Morehouse College, the Alma mater of his father and maternal grandfather. Although he was the third generation of Baptist ministers, King never intended to become a minister. The president of the college convinced him that was the thing to do. He was ordained before receiving his degree in sociology.

The legend he left, being so much more influential than any meal we can put together, one way to remember the reverent is to prepare and enjoy his favorite foods. It is believed that he loved traditional soul food, including fried chicken, sweet potatoes and pecan pie. Civil Rights Movement’s regular meetings were held at Atlanta’s restaurant Paschal’s over these Southern classics. 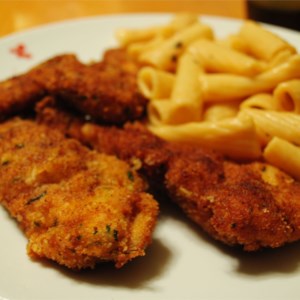 Enjoying a Sunday feast of fried chicken, collard greens, black-eyed peas and corn bread was common for him. He also loved barbecue ribs, mac and cheese and green beans. Who doesn’t love these foods? These foods are comfort at its finest.

I have constructed a menu that includes these foods, which not only embraces the good stuff, but I’ve made them a bit healthier. By good stuff I mean nutrients. Sweet potatoes and collards are super foods. They contain tons of vitamins and fiber. I love them and eat them often.

Sound good? Of course, these are just suggestions. I tried to make the recipes authentic, but as always, Spice It Your Way! This menu will fill everyone up, but not weigh them down. Well, not too much……

Invite your friends, make this menu, put on MLK’s favorite music, gospel, relax and enjoy your company. You’ll thank me later. FYI, one of Martin’s favorite gospel songs was “Take My Hand, Precious Lord” by Thomas A. Dorsey. The late Mahalia Jackson sang it at his funeral.

I hope you enjoy your day! Please leave me a comment, I’d love to hear from you! What’s your Southern fav? Thanks!